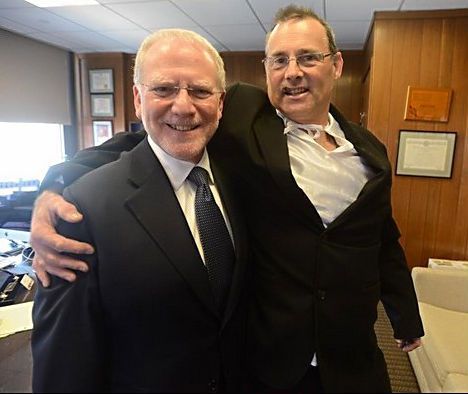 An upstate man has been awarded almost $4 million after a top neurologist had him undergo four years of agonizing treatments for a condition he didn’t have, the Daily News has learned.

Robert Wyble, 42, of Pine Island, Orange County, says he had his chest sawed open to remove his thymus gland, underwent biweekly blood treatments and was put on medication that caused him to gain 80 pounds and get hypertension — all because he’d been misdiagnosed as having a potentially fatal condition, myasthenia gravis.

Written by Lawyers With An Edge on July 30, 2020. Posted in CAR ACCIDENTS, Cases, Featured.

After a church service at the First Calvary Baptist Church on 148th Street, Mrs. Lewis and her son Ernest were on their way home. They were trying to catch the BX19 bus at 145th Street at Convent Ave. bus stop. As Ernest was running alongside the bus he began hitting the side of the bus, which was not moving, to alert the driver of their presence. As he got in front of the middle wheels of this 60-foot long articulating bus, he tripped and his legs fell under the bus. An eyewitness, Alphonza Elliott, testified at the trial, that it was just about the time the child fell that the driver started the bus. The middle tire rode over his legs. Police officers called to the scene noted a tire tread impression in his leg

The driver claimed that he was aware the child was running for the bus but didn’t see him when he was near the middle of the bus and pulled into the intersection. He glanced at his right side mirror and saw a shadow on the ground and stopped the bus in the middle of the intersection to investigate. He found Ernest behind the middle tire. There was a lot of blood. He called the TA from the phone on his bus, while the eye witness called 911 on his cell phone.

Ernest sustained a major degloving injury to his right lower leg tearing off skin, muscle, and tendons and exposing the bones, fracture of the distal fibula, avulsion of the distal tibia and a fracture of the left calcaneus. Ernest was taken to Columbia Presbyterian Hospital where skilled trauma specialists treated him for 3 1/2 weeks, saving his leg. He was taken to the OR on 8 separate occasions for placement of pins and an external fixator to hold the fractured fibula in place, placement of a rod in the fibula (permanent) to align the bone fragments, a syndesmotic screw to realign the spacing between the tibia and fibula and an 8 1/2 hour surgery to harvest muscle from his abdomen to transplant into his leg and to harvest skin from his thigh to graft over the transplanted muscle. He also had a cast on his left foot. After 3 1/ 2 weeks at Children’s hospital he was transferred to St. Mary’s Rehabilitation Hospital in Ossining, New York on December 15, 2005. He remained there until February 24, 2006, making periodic visits to his doctors at Presbyterian. The cast on the left leg was removed on January 5, 2006, and the external fixator was removed on February 14, 2006.

He continued to receive nursing care and physical therapy at home until May 2006 when he finally returned to his 8th-grade class at St. Dominic’s School. Ernest is presently in his freshman year at Berkley College in Manhattan expecting to earn a degree in business in four years. Ernest and Mrs. Lewis were represented by Richard A. Gurfein, Esq. of Gurfein Douglas LLP in Manhattan. The Transit Authority and the other defendants were represented by Lynne Troy Henderson, Esq. of Wallace Gossett’s office.

Comment: The Bus Operator knew the child was alongside his bus. He should never have moved the bus until the child was out of the danger zone.

Written by Lawyers With An Edge on May 22, 2020. Posted in CAR ACCIDENTS, Cases.

$1,500,000 verdict in Federal Court in New York for a woman whose hand and wrist were crushed in a record press that made vinyl LP records.

This 35 year old woman was using a hydraulic and steam press to make LP records. Her job required her to place a paper label on the bottom plate, cover it with a “coil” of warm, soft vinyl and place another paper label on top. It was known that air currents sometimes dislodged the top label so the worker might have to adjust it after the cycle was started.

There was a single electric eye beam across the opening which would stop the press if someone’s hand were in danger as the press was closing. This beam consisting of a light source on one side and a receiver on the other was attached to the machine with simple hose clamps. The clamps frequently loosened and would shift position. They could also be moved to the bottom of the rod they were attached to so they wouldn’t operate at all.

At the time of the accident the worker had placed her hand back into the machine to adjust the top label, but the electric beam was at the bottom of the opening affording her no protection at all. This design was too easy to bypass which made the machine defective. The plaintiff, mother of 5 children, lost her hand at the wrist and wore a “claw” type of prosthesis on her left arm.

$3,990,000 settlement for a 3 year boy because the doctors and nurses gave too much IV fluid and caused the child to have seizures and hemorrhages in the brain.

This child had a normal delivery and normal APGAR scores when he was born. A few hours later the nurses detected he had low blood sugar. In order to correct this condition the doctors put him on Intravenous fluids with dextrose (sugar). Unfortunately, because his sugar level never stabilized, the residents kept increase the flow rate of the IV to get more dextrose into him. They should have just increased the concentration of dextrose in the IV rather than give it faster. This newborn was not able to handle so much fluid in his system and couldn’t urinate enough out to keep up with what they were putting in through the IV. As a result his blood became diluted with too much fluid and the sodium (salt) in his blood got diluted to a dangerously low level.

Warning signs that he was “waterlogged” and in a very dangerous position weren’t recognized, and this three day old child, without enough salt in his body to protect his organs, went into seizures and suffered bleeding in the brain causing permanent brain damage. The settlement was structured to provide funds to care for him as a child and provide him with a lifetime income as an adult. 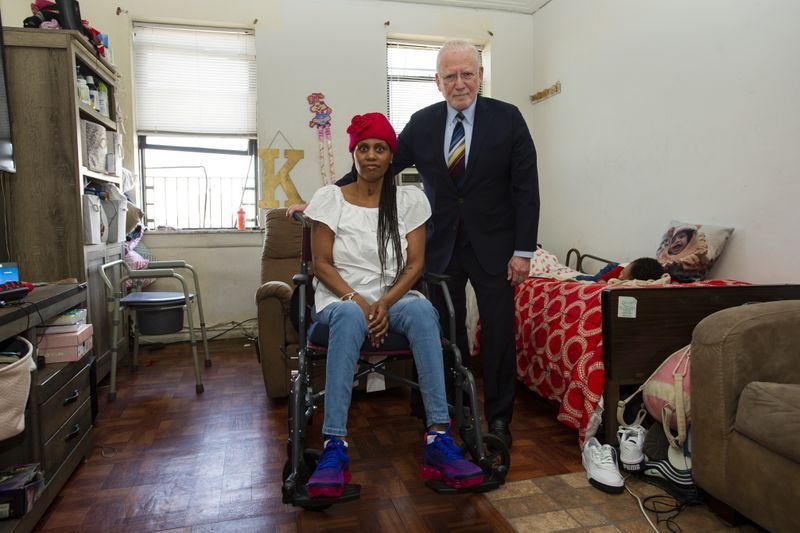 A BRONX GRANDMOTHER AWARDED $110.6 MILLION IN A MALPRACTICE LAWSUIT

In an article reported by the New York Daily News By Cathy Burke Apr 13, 2019

In the lawsuit, the Grandmother sued St. Barnabas Hospital and the team of doctors who treated her during her 2010 asthma attack that triggered a massive brain injury. In a jury verdict in Bronx Supreme Court Keimoneia Redish, 48, decided in favor of the mother of five sons and one grandchild. Richard Gurfein of Gurfein Douglas argued doctors failed to consider transferring her to nearby facilities with ECMO (extracorporeal membrane oxygenation) able to remove the build-up of carbon dioxide in her brain and could prevent injury to her brain and swelling caused by the buildup of carbon dioxide.”

After her stays of over 300 days in the hospital or nursing home. She now uses a wheelchair, with profound motor disabilities, and slurred speech. She has to be cared for full time by her partner and former chef. “She was an amazing mom, the vice president of the PTA,” Gurfein said. “She was the center of the family.” she deserves this 110.6 million is a vital award to help her maintain her care and compensate her for some of the tremendous sufferings she has endured. Read the full story with additional pictures in the New York Daily News.